The first columns ever built had an exclusively practical use: supporting ceilings and roofs. However, during the Bronze Age, people began to use columns for aesthetic purposes. Fast forward a few millennia, and columns are now so popular as a decorative feature that they are often built as free-standing architectural structures. Lighting is now prominent in iconic buildings and structures found both near and far, from the world’s most unique landmarks spanning across the globe to Washington DC’s spectacular monuments which can be found right here in our own backyard. 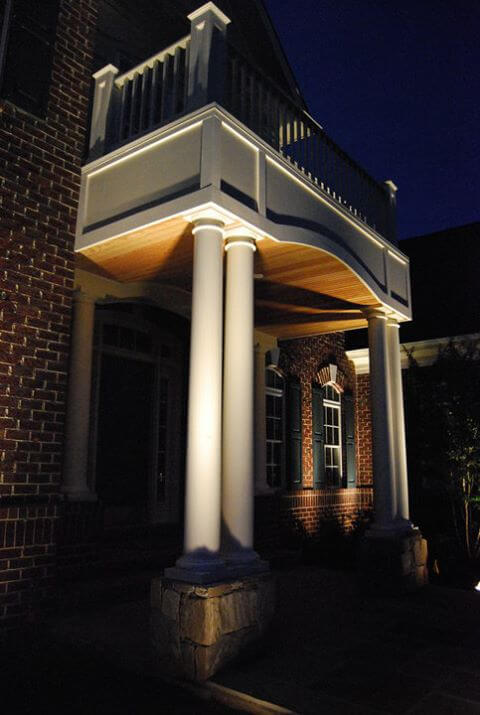 Considering the world’s obsession with columns, it only makes sense that we should use innovative lighting techniques to make them shine. Here are five popular techniques for lighting columns.

An up light is a fixture that is positioned at the base of the column and shines light upward. This provides a dramatic spread of light for the entire column. Uplighting is our favorite method of column lighting because of how even the light is, unlike wash or flood lighting (which we’ll get to later). At night, the Capitol Columns at the National Arboretum provides a beautiful example of uplighting on columns. 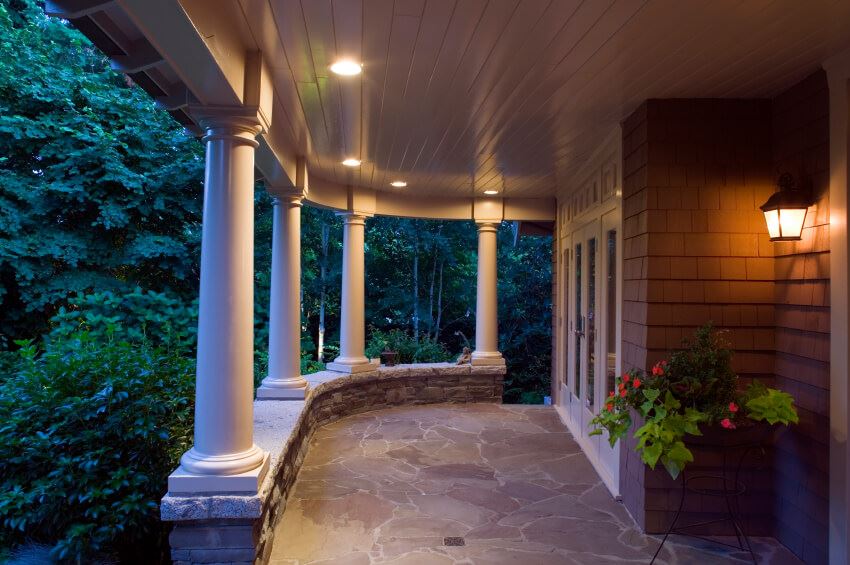 Soffit and recessed lighting produce an ambient light that can create a soft, romantic mood. When used directly above a column, these lights cast a lovely glow to highlight the structures. The Kennedy Center in DC utilizes recessed lighting for illuminating its columns. 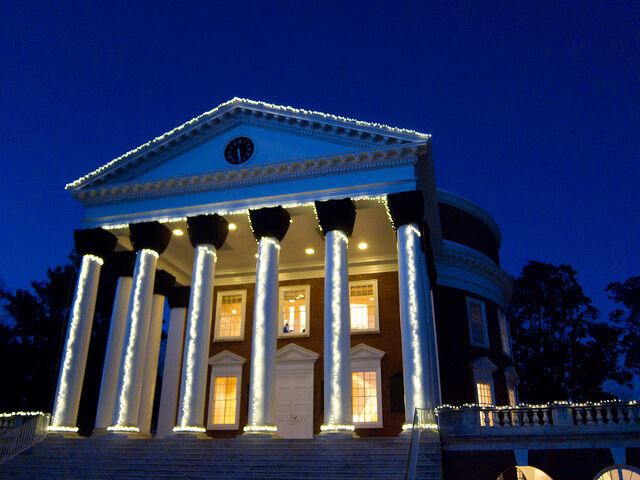 For a more unusual appearance, string lights can be used to outline a column. This method doesn’t provide light for the entire width of the column, but rather it accentuates the edges or form of the structure. White string lighting is often used to give columns a whimsical appeal, particularly for parties or special occasions under pergolas and porticos. 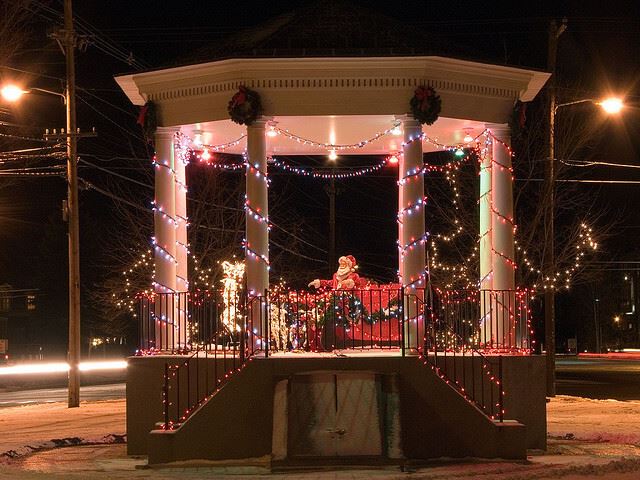 Wrap lighting is similar to string lighting, creating a festive look and requiring a greater length of strand lights than string lighting. This is extremely popular during the holiday season to decorate porches and gazebos. To achieve this effect, simply wrap a string of lights around the entire length of the column, usually at an angle.  Tight wraps, close together, or loose wrapping that is spaced apart can produce distinct looks. Wrap lighting is also a popular technique for trees and tree branches during Christmas time. 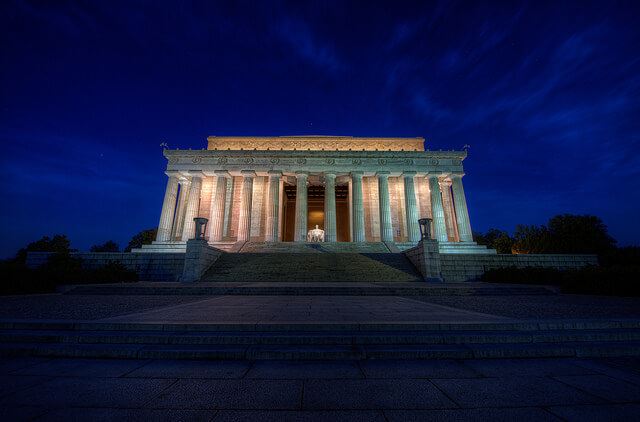 This type of lighting is similar to uplighting, but it is less uniform. A wash or floodlight is placed on the ground and the beam of light washes the column from a close distance or from afar. This creates a strong glow but depending on where the fixture is placed, the light may not extend up the entire length of the column. A great example of this is the lighting on the Lincoln Memorial, where the light is aimed at a portion of the column rather than the entire structure.

Ancient Greeks and Romans may have had stunning columns, but they certainly didn’t have the ability to take their structures to the next level with dramatic lighting. Let Enlightened Lighting help you elevate your architecture using thoughtful lighting design!